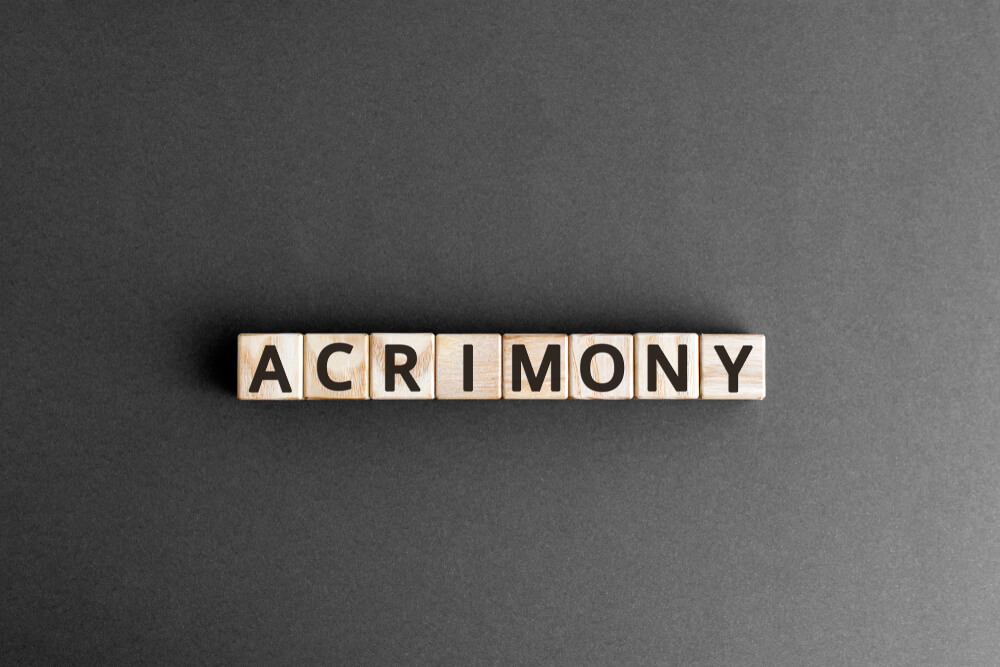 Acrimony is a legal term for the state of being in irreconcilable hostility. The word is from the Latin Acer, meaning sharp, and malum, meaning hateful.

A person can be in ‘acrimony’ with another person if they do not want to compromise or negotiate to settle any disagreement.

Acrimony is the feeling of hate, anger, or a bitter quarrel in someone’s heart.

In modern terms, acrimony means a state of being angry and hostile or a feeling of aversion.

It is from the Latin words acrimonia, meaning “sharpness, keenness,” and acrimen, meaning “sharp pain.” In the early 15th century, the word acrimony came into English vocabulary. In Middle English, it had a more literal meaning of “the sharp edge of a weapon.”

He was frustrated by her acrimony.

The acrimony between the two countries feels like it will never end.

After years of acrimony, the two sides finally reached an understanding.