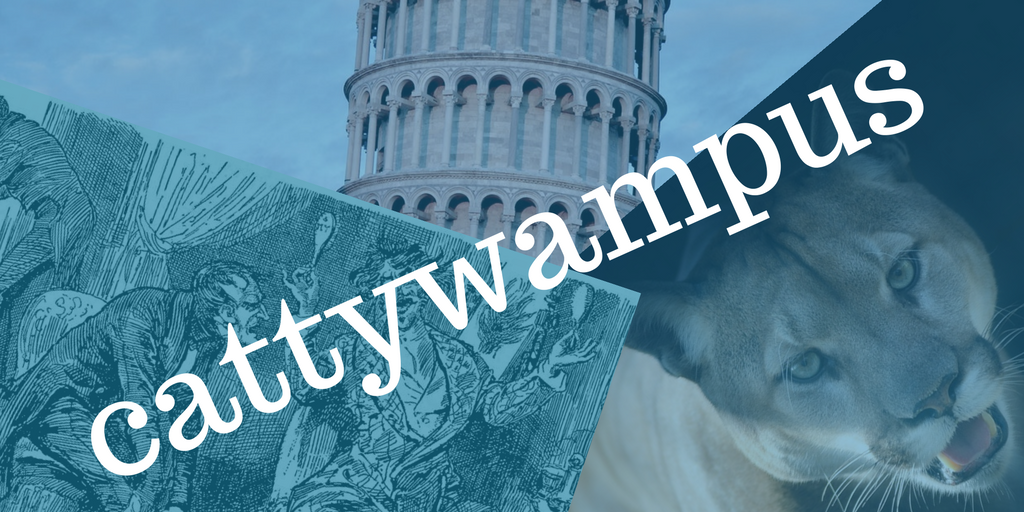 Cattywampus is an American-based colloquialism or slang that etymologists believe to be of Scottish influence. We use “cattywampus” in the English language as an adjective. The word has alternate spellings and we also use it as “catawampus.” This American-based noun modifier has a multi-part description. In one sense of the word, “cattywampus” describes people, places or things we believe to be fierce, animal-like or savage. When used in this sense, the word describes someone we see as frightening.

The cattywampus became upset and lunged at me!

I’m terribly afraid of a “cattywampus” staring at me when I ride public transportation.

That “cattywampus” of a woman is coming this way, and she looks very upset!

Etymologists say we find the word “cattywampus” used in North American-based slang in the late 1800s. American English-speakers used “cattywampus” to describe people with outrageous temperaments and those seen to go “off-kilter” or ‘awry’ with little provocation. This colloquial slang has been in use with its original definition since its inception in 1864.