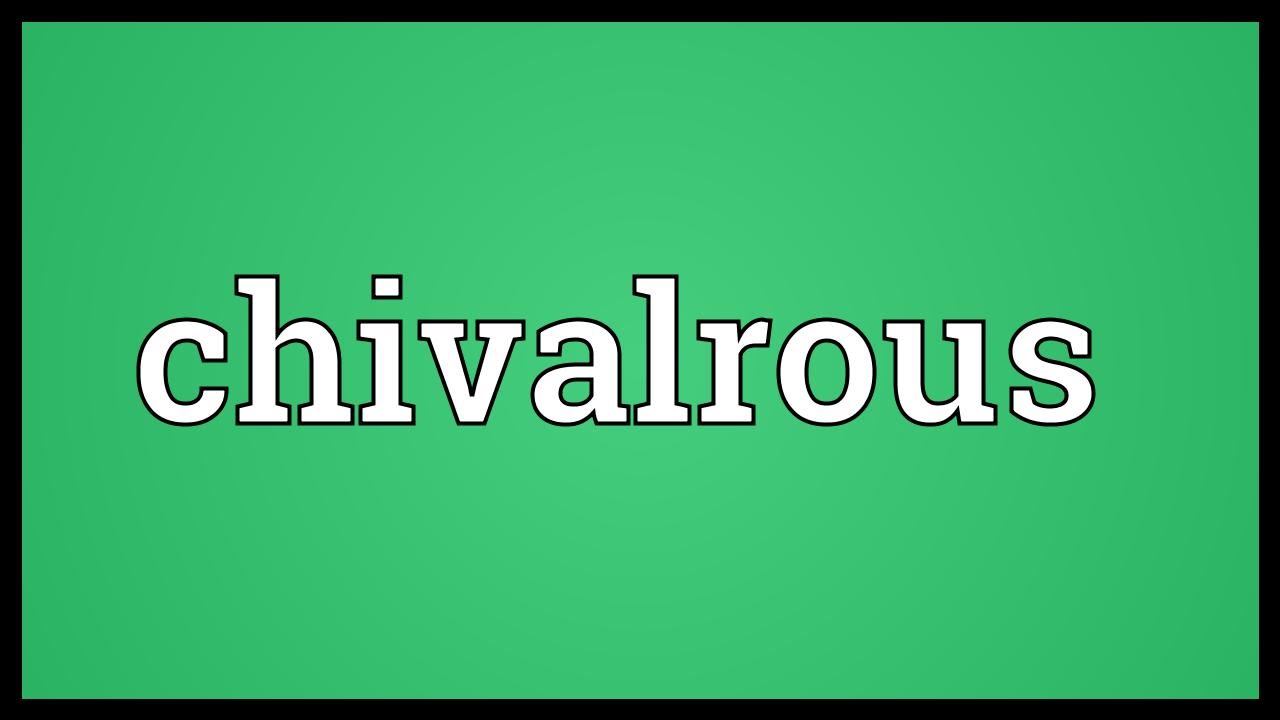 Definition: Chivalrous is an adjective that is often referred to as being courteous to women. In particular, a man pulls out the chair for a woman when they are on a date. A woman would view that as chivalrous because it was considerate of the man to do that for her. It has other meanings, like being knightley and courteous towards others, regardless of gender.

Another form of being chivalrous is being civil to others and others acknowledging it. It can also mean that the person is being polite to others.

Etymology: Chivalrous was first used in the 1400s, but it was “words out of use” such as kindness or being held in high regard like a knight. In the 18th and 19th centuries, the word was romanticized as the words we know today with the men back then treating women with respect.

That knight was a brave and chivalrous warrior when he fought by the king’s side.

Frank was a kind and chivalrous man as he opened the door for Mary.

Sometimes Mark’s friends don’t treat him well, but he is always chivalrous towards them.