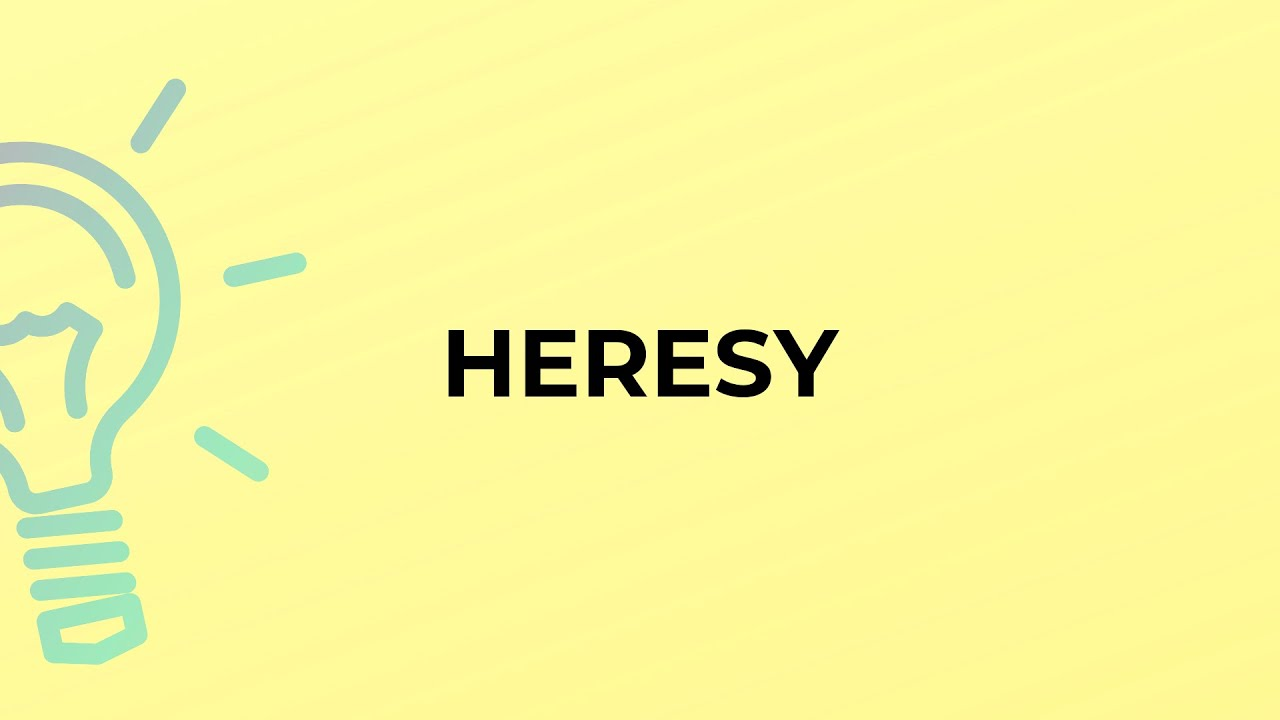 Definition: Heresy is any theory or belief that strongly varies with dominant theories, opinions, and practices.

It is also a practice or doctrine that strongly contradicts the generally accepted truth, standards, or beliefs.

It is precisely opinions or beliefs contrary to orthodox religious doctrines (mainly Christian). It refers to how a young person examines different philosophies to determine which one they will live by and generally how to live.

Etymology: Heresy is derived from the Ancient Greek word hairesis, which was initially a neutral term meaning holding a certain set of philosophical opinions. It may have later been used to mean ‘the school or party of a man’s choosing.’

Heresy is typically used in a Jewish, Islamic, or Christian context. However, it implies a slightly varying meaning in each. Heretics is the word used to describe individuals who commit heresy or embrace the doctrines. The leader or founder of a heretical movement is known as a heresiarch.

The church elders believe heresy plays a central role in his leadership style.

It was not uncommon, unfortunately, for someone to be burned at the stake for heresy.

Sitting next to a leper at dinner was heresy.