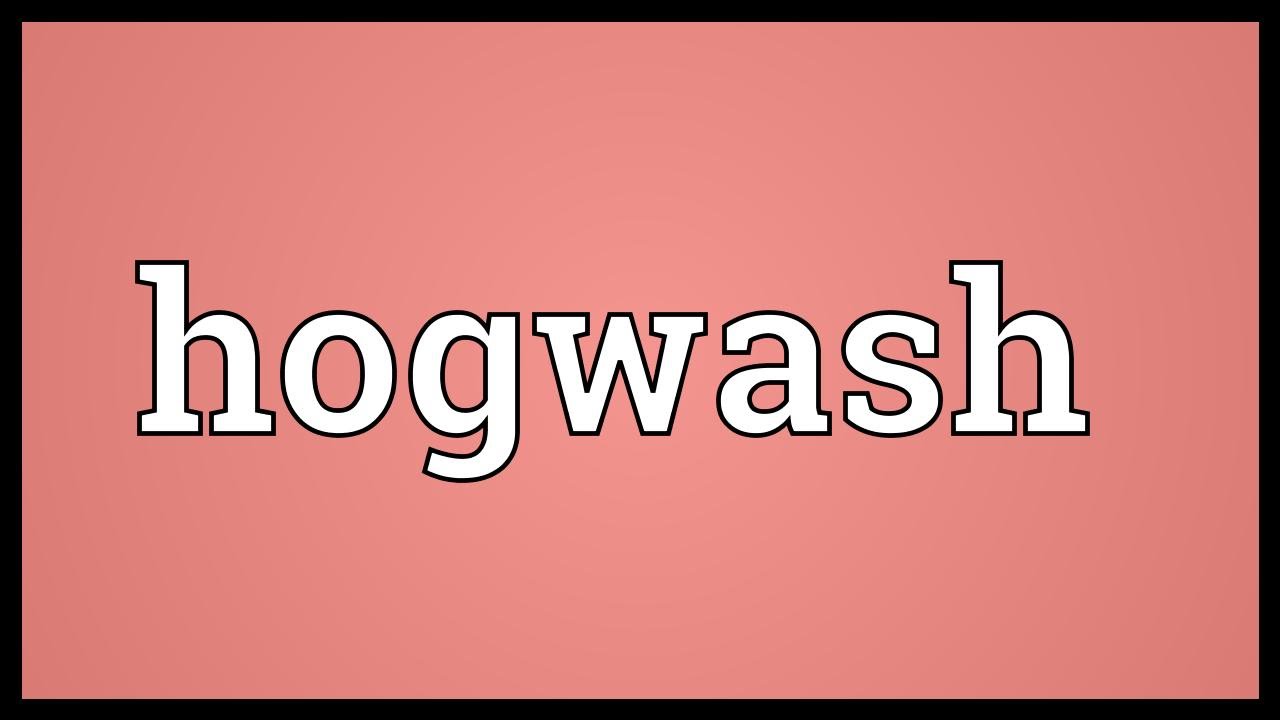 Definition:  Hogwash refers to meaningless or insincere talk, any worthless stuff, complete nonsense, lies or ridiculous actions. Alternatively, it can reference refuse or food given to hogs.

Etymology: Hogwash dates as far back as the Middle Ages and was originally used to identify food fed to hogs. It was common practice then, and remains so in some places today, to give hogs leftovers from the table or from other places, and included scraps and food that were often rotten.

Initially called swill or wash, hogges wash first appeared in the 1400s. By the 1600s, hog wash referred to any alcoholic beverage that was deemed too weak by an unhappy tippler, and by the 1800s, the conjoined term hogwash described anything utterly worthless.

The attorney’s closing argument to the jury was hogwash.

The elderly farmer put hogwash in the pen before he retired for the day.

She didn’t believe a word she said and was speaking total hogwash.

Every word out of the Senator’s mouth is hogwash, and his staff knows it.