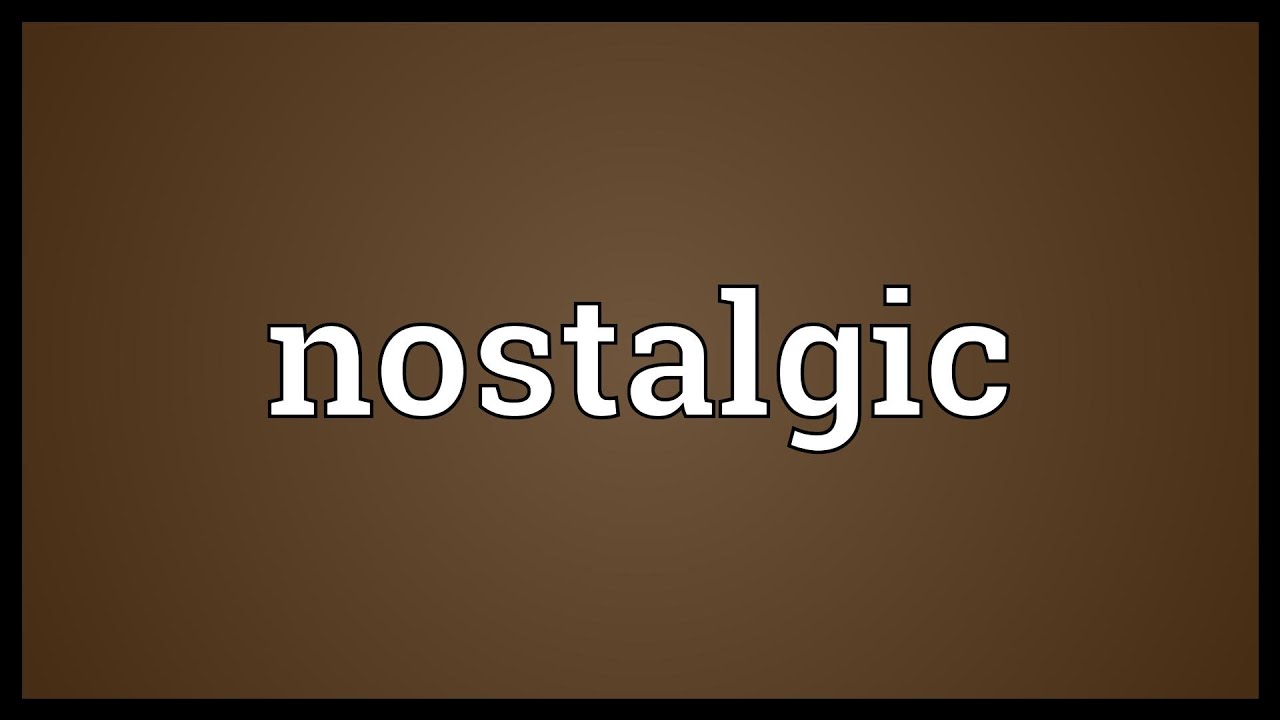 Etymology: The origin of Nostalgic dates back to the 1700s. The word nostalgic has roots in Greek, Latin, and German. In Greek, nostalgic is derived from nostos or neomai (meaning return home) and algos (meaning pain). In German, nostalgic comes from the word heimweh (meaning homesickness). By the time the 1830s came around, nostalgic was commonly used to describe sailors and convicts who experienced an intense feeling of homesickness. The modern interpretation of nostalgia became common during the 1920s.

People born in the ’90s will often revisit nostalgic video games, TV shows, and movies to remind them of simpler times.

Carry’s playlist was a mix of the current top 40 hits and nostalgic chart-toppers from her childhood.

The company sells nostalgic camping trailers designed with a vintage flair that will transport you back to happy camping trips from your youth.