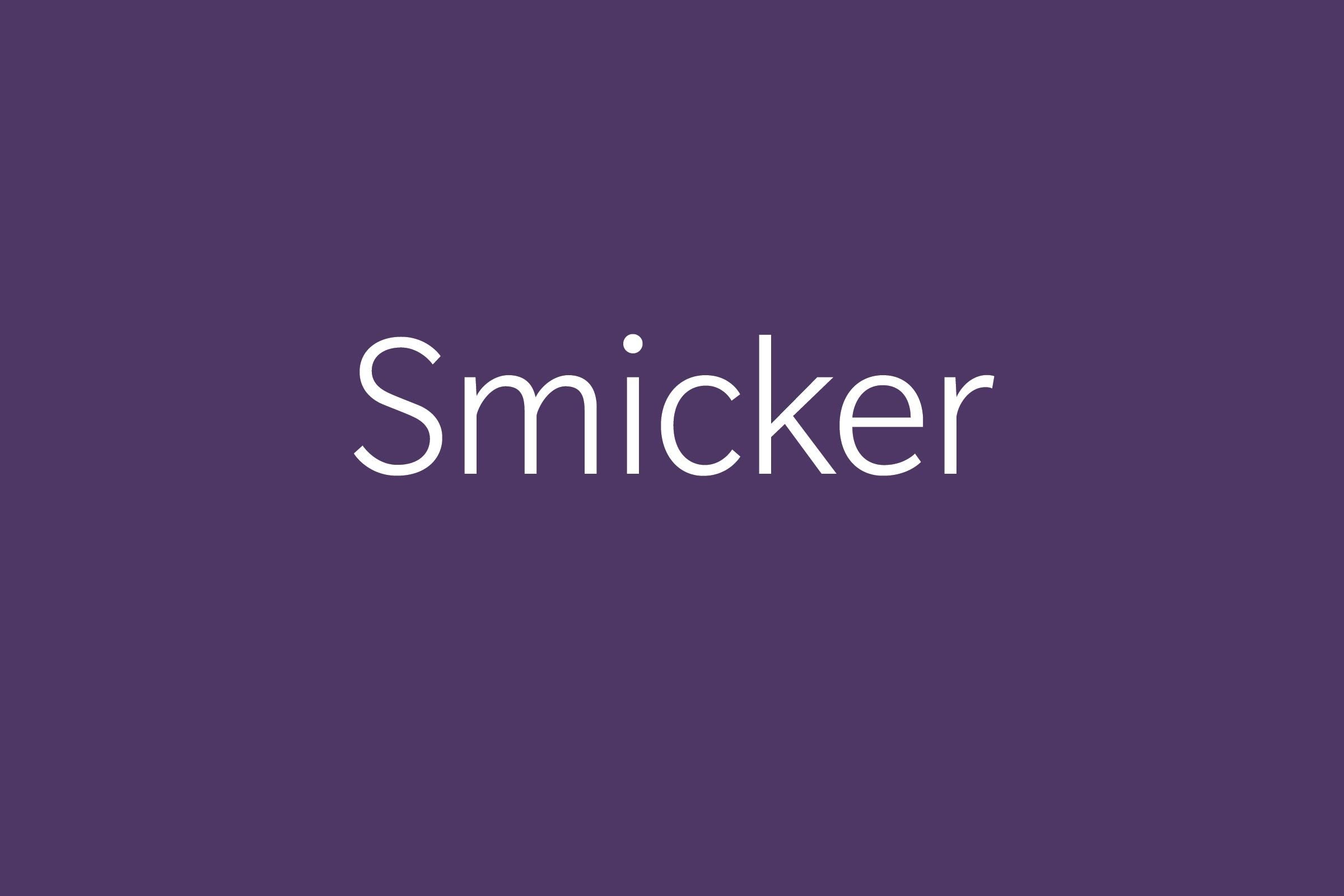 The word “smicker” is used in the English language as an intransitive verb. It represents a specific facial expression. A “smicker” is a goofy smile or stare that is caused by being enamored with someone or something. A person who is “smickered” is completely infatuated with the object of their affections or desire. A “smicker” is a foolish or silly-looking grin on someone’s face. The most common example of a “smicker” is found in the exaggerated stares of cartoon characters with hearts in their eyes swooning over their on-screen counterparts.

The young man had a huge smicker as his crush walked by him in class.

He smickered at the thought of his girlfriend and celebrating Valentine’s Day.

It’s not uncommon for people to “smicker” when they are falling in love.

Etymologists believe the word “smicker” is derived from one of a few combinations that showed up in language in the late 1600s. Beginning around 1660, etymologists believe Scandinavian, Swedish, Danish, and Old English components were all factors in forming the word “smicker”. Related words in each language represent terms related to flattery, being handsome, and elegance. The word retains its original definition representing being smitten with a foolish grin or stare.