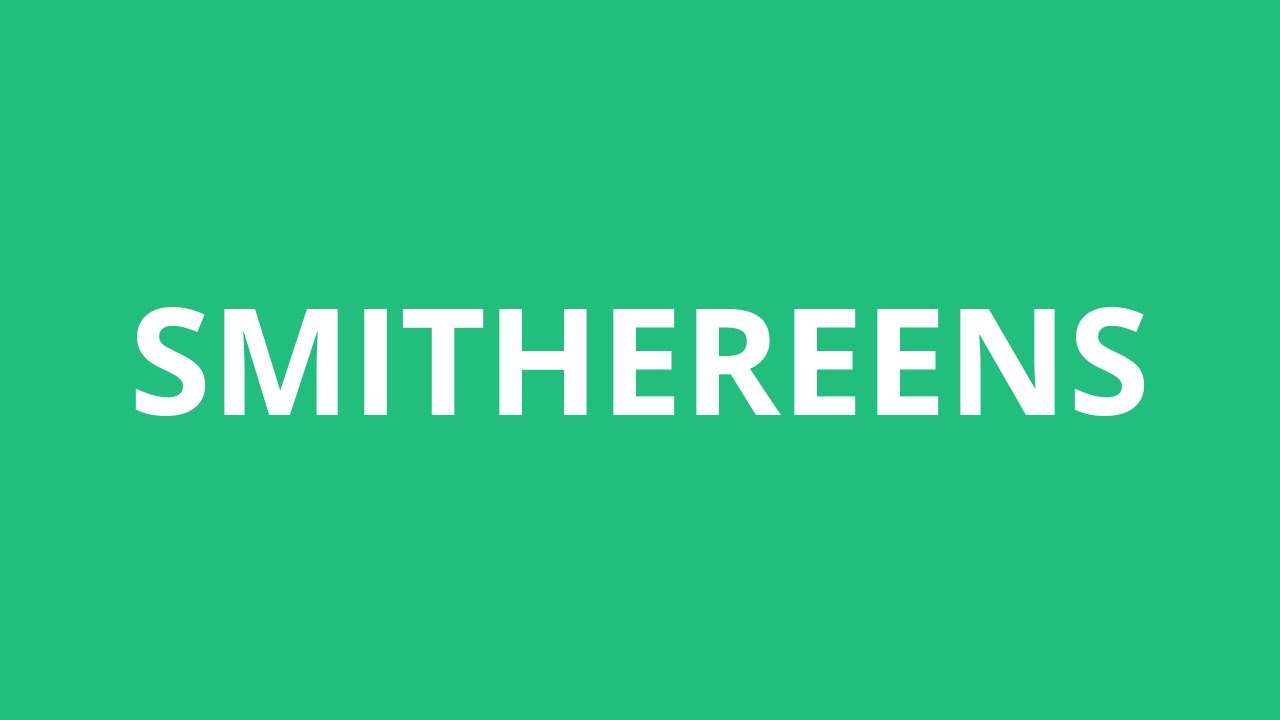 Smithereens is an informal term for pieces of refuse, or specifically, broken glass. We use it as a plural noun in English to mean something that is completely destroyed or wasted. For example, "He smashed the window, and smithereens went everywhere." In English, the words fragments and bits are synonyms with the same meaning as smithereens.

The late fall tornado devastated the midwestern residents in the town when it blew through unexpectedly and left all the buildings in town in smithereens.

They designed rage rooms for people to release tension and frustration by smashing everyday objects to smithereens.

They reduced the flat screen TV to smithereens when the movers accidentally dropped it from the bed of the moving truck.