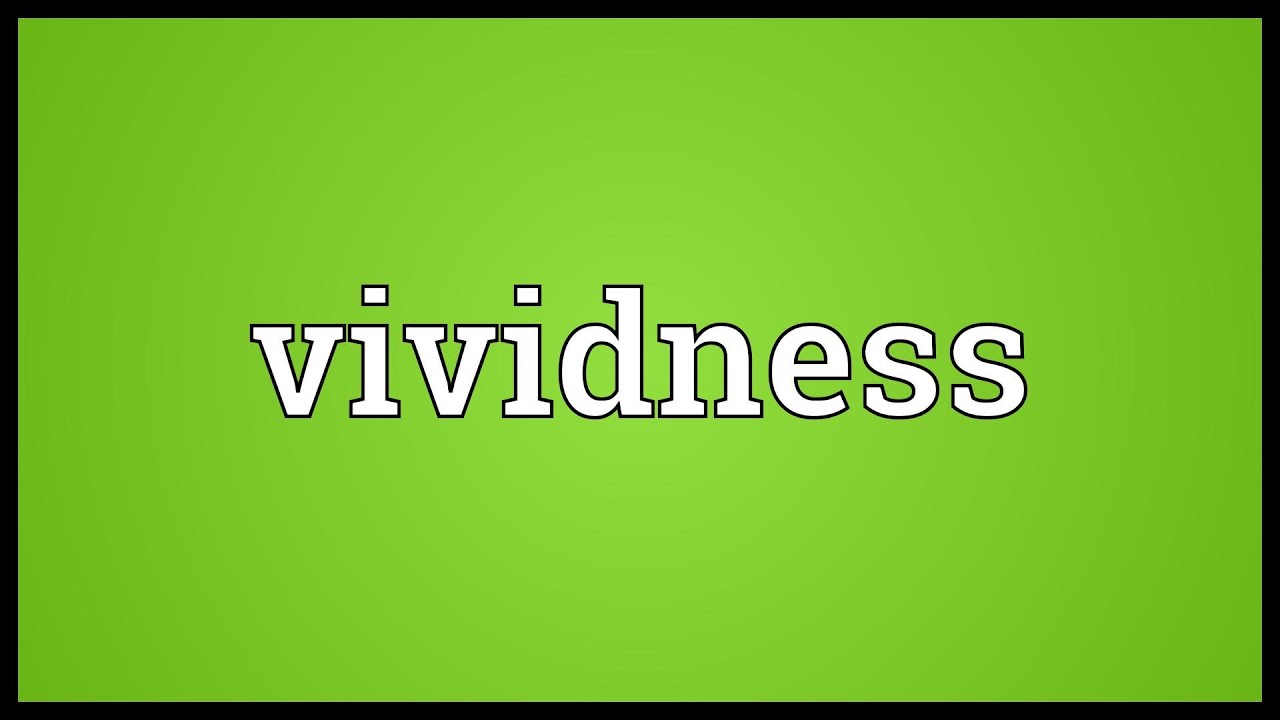 Definition: Vividness refers to the property of being powerful, detailed, and clear in the mind, such as specific, distinct memories or a brightly glowing neon sign.

Etymology: Vividness derives from vivid + ness. There are conflicting views on the origins of vivid, although it is most likely to be from the Latin vividus (spirited or animated), which in turn comes from the Latin verb vivare (to live). It is also possible that it was brought into the English language via the French vivide, which does derive originally from the same Latin root.

The common modern usage of the word as a noun has been said to come from a brand name – a particular type of marker pen from New Zealand. However, the use of the word is recorded as far back as the 1630s.

Walking through the park that evening, I was struck by the vividness and beauty of the sunset.

Those who returned from the war were forever haunted by the vividness of the horrific scenes of slaughter and bloodshed that they had witnessed.

The painting was a fantastic example of the vividness that the artist always brought to their works with their use of bright colors.